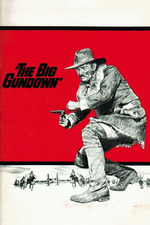 On masters and obeyers and all that keeps their relationship in place. Sollima's genius is both in turning Solanas social tract into a western and then in turning said western into a Roadrunner cartoon in which Coyote is a self righteous American who believes all the lies about how things work and dedicated his life to upstand them and Roadrunner is his third world prey who knows it is all pure bullshit. Van Cleef gets one of the coolest introductions on movies and then gets to be the end of the joke and lecture on time and again without changing his hubris (tip: when corrupt Mexican cops are explaining you are a fool, you really are a big one) until the big duel in the end allows him to regain some of his dignity back. He is great as usual and Millian, in the first of his radical peasants part, even better, pure anarchic energy. Their manhunt is packed with great incident and commentary (really watch this in the 105 minute cut if you can, so many of the scenes are abridged otherwise), wonderful side characters and well staged action. Sollima keeps a very careful control and he balance the angrier political bits with absurd pulp touches with ease. It is one of the finest attacks on the rule of law put on film, political revisionism instead of genre one (so rare) and all the more powerful because it so expert plays in recognizing forms, true radical populist politics.

A Sky Full of Stars for a Roof