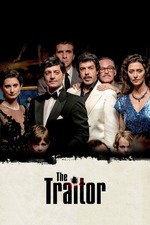 The Italian character on trial. Not really a gangster film, but an exploration about how Cosa Nostra is intertwined in Italian society. People comparing The Traitor to something like Goodfellas are complete ignoring the local specifics and meaning of the mob and how central it remains to modern Italian identity (almost as central as catholicism). As the title promises, this is a film about betrayal, but what is betrayed is more ambiguous than simple the mob code of silence. Favino wonderful performance, one of the year's best, does a great job of both presenting Buscetta as a self-serving narcisist and selling the idea of disappointment at the modernization of the Cosa Nostra as Italy's move from one sort of organized crime to another without really changing beyond surface aesthetics (The Traitor often feels like a prequel to Franco Moresco's Belluscone a similar investigation). The main trial has some of Bellocchio's best carnivalesque filmmaking, a suspended space where legal procedural matters more in how revealing every gesture is than in the specifics of the case that the film takes as a given the audience is already aware of. Social tapestry as a form with mise en scene with both Falcone's investigation and Buscetta's betrayal as complementary reactions for Italian foundational truths, both doomed by the spectre of Berlusconi who hunts the procedural. In a world defined by gangsterism as an ideal, all promises lead to death and Bellochio careful builds his film as plunge towards it.