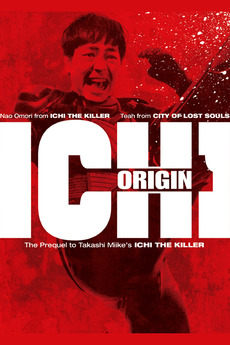 How Ichi becomes the Killer. The movie is a pre-quel to Takashi Miike's Koroshiya 1 (Ichi - The Killer).

We follow Ichi during his high school years. Mr. Dai is the best fighter in school... whenever he fights Ichi is there and has a huge smile on his face. Mr. Dai thinks that Ichi is laughing at him but in fact he enjoys watching the violence that goes through the fights. Everyone is bullying, taunting and making fun of Ichi... even little kids from his karate class. Yet Ichi refuses to let go of his anger and fight others. Just when Mr. Dai is about to get Ichi, a new transfer student starts to make his own laws... by beating up everyone and breaking their bones! In a fight with the new student, Mr. Dai ends up on the ground, beaten and broken up from almost everywhere. It seems like this new guy wants to fight Ichi because supposedly he is the only one that could give him some challenge.