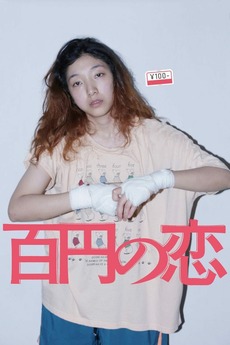 Slacker Ichiko gets into a fight with her younger sister and begins to live on her own, working the late shift at a 100 yen shop. On her way home, she passes a gym and meets middle-aged boxer Kano who trains there in silence...