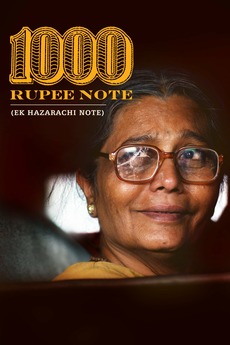 Poor Parobudhi receives a thousand rupee note from a politician at an election rally. However, she has no idea about the kind of trouble she just got into. Ek Hazarachi Note is an encouraging tale of humanity against money.

(Almost) every movie on Kanopy that's on Letterboxd.

A list of all the films I’ve watched/rewatched in 2021 - including films released before 2021.