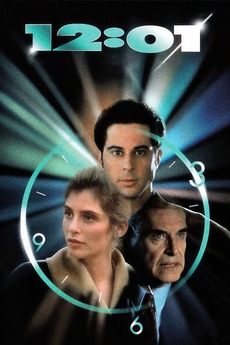 Every day at a minute past midnight the sci-fi adventure begins... again.

Office employee Barry Thomas is caught in a "time bounce" caused by a glitch in the company's secret project. Now the same day occurs again and again - and Barry's the only one who can do anything about it, including saving the life of beautiful research assistant Lisa Fredericks.