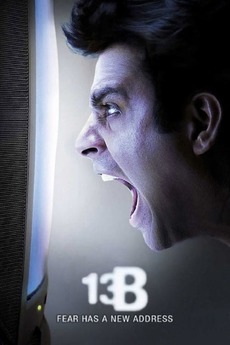 Fear Has a New Address.

Manohar, an upwardly mobile middle class Indian moves into a new apartment -13B on the 13th floor with his family. From the first day in their new home, the women are hooked on to a new TV show 'Sab Khairiyat'. The show is about a family eerily similar to theirs who have also just moved into a new house. As the TV show unfolds, all the incidents that happen in the show start happening to them.

All current and past They Shoot Zombies, Don't They? related lists

These are the movies that I would say either have one or more plot twist, very trippy, very thought-provoking, inconclusive/open…