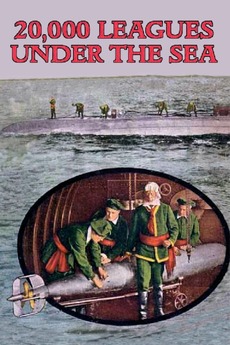 20,000 Leagues Under the Sea
JustWatch

The First Submarine Photoplay Ever Filmed

Captain Nemo has built a fantastic submarine for his mission of revenge. He has traveled over 20,000 leagues in search of Charles Denver - a man who caused the death of Princess Daaker. Seeing what he had done, Denver took the daughter to his yacht and sailed away.