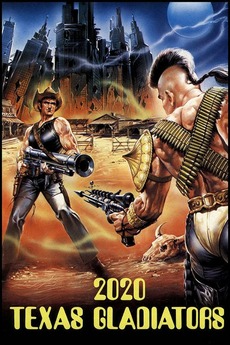 When earth becomes an arena... murder becomes a way of life.

In a post-apocalyptic Texas, a band of warriors fight against a fascist regime that is trying to take control of all surviving population.

I'm a sucker for films set after an apocalypse so I thought a list might be useful. It is by…