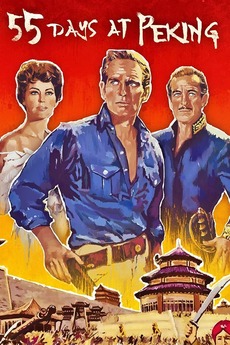 A handful of men and women held out against the frenzied hordes of bloodthirsty fanatics!

Diplomats, soldiers and other representatives of a dozen nations fend off the siege of the International Compound in Peking during the 1900 Boxer Rebellion. The disparate interests unite for survival despite competing factions, overwhelming odds, delayed relief and tacit support of the Boxers by the Empress of China and her generals.

These movies have yet to have a Blu Ray released (Region Free or 1). Maybe someday (Always supporting those physical…