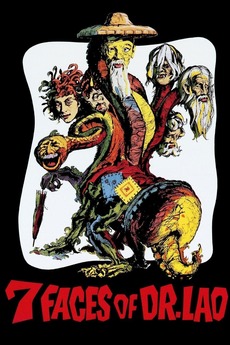 Bolt the doors! Lock the windows!

An old Chinese man rides into the town of Abalone, Arizona and changes it forever, as the citizens see themselves reflected in the mirror of Lao's mysterious circus of mythical beasts.

Cinema of the Strange