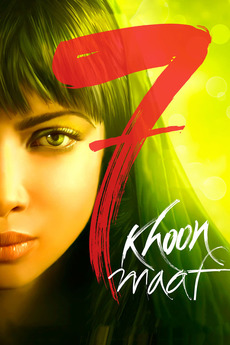 A Story Of A Woman Who Kills All Seven Husbands

Susanna is hungry for love and will go to any extent to find it in its purest form. In her quest for the perfect man, she gets married a number of times as each of her husband's die mysteriously.