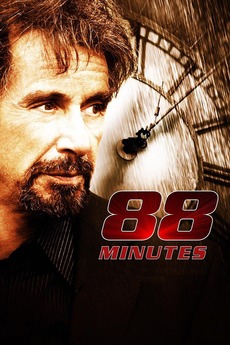 He has 88 minutes to solve a murder. His own.

A college professor who moonlights as a forensic psychiatrist for the FBI, receives a death threat claiming he has only 88 minutes to live.