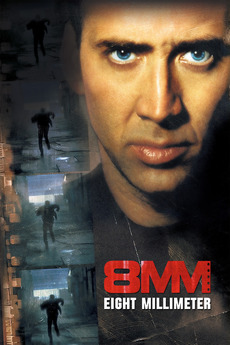 You can't prepare for where the truth will take you

A small, seemingly innocuous plastic reel of film leads surveillance specialist Tom Welles down an increasingly dark and frightening path. With the help of the streetwise Max, he relentlessly follows a bizarre trail of evidence to determine the fate of a complete stranger. As his work turns into obsession, he drifts farther and farther away from his wife, family and simple life as a small-town PI.