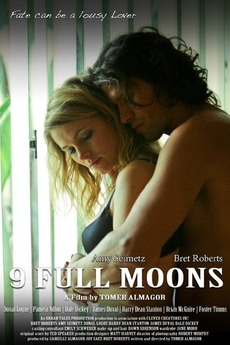 Fate can be a lousy lover

Popular wisdom tells us that love heals all wounds. Frankie (Amy Seimetz) is an emotional train wreck, careening around the East Los Angeles music scene drinking and meeting strangers. Lev (Bret Roberts) is a taciturn and tormented soul. He drives a limo and wants to work in the music business. They begin a relationship after they connect with each other one night at a party. This dark romance explores what love is like for two quiet people who may be damaged beyond repair. Lev gets to explore his musical dreams working for star Charlie King Nash (Donal Logue) and learn about the practical realities that restrain talent to make artistic dreams so complicated and frustrating. Together Frankie and Lev explore the challenges of a serious relationship, trying to determine if it's something either of them can handle. This moody piece goes beyond romantic movie clichés to explore the intricate interactions of two lovers who don't fit into any neat categorizations.