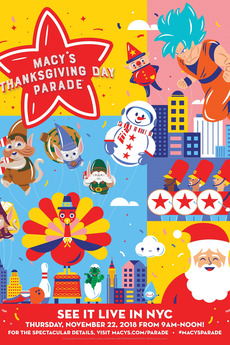 Let's Have A Parade!

More than 8,000 participants, some donning clown costumes, handling balloon giants or striking up the band, will set off down the streets of Manhattan at the sound of the time-honored catchphrase "Let's Have a Parade." With a live audience more than 3.5 million strong and a nationwide television gathering of more than 50 million viewers, the Macy's Thanksgiving Day Parade is the nation's most beloved holiday pageant.