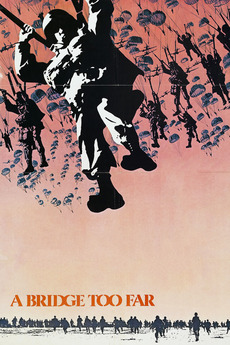 A Bridge Too Far
JustWatch

A Bridge Too Far

Out of the sky comes the screen's most incredible spectacle of men and war!

Operation Market Garden, September 1944. The Allies attempt to capture several strategically important bridges in the Netherlands in the hope of breaking the German lines.