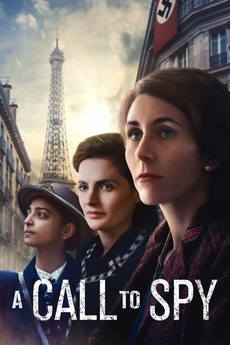 A Call to Spy
JustWatch

A Call to Spy

The story of Vera Atkins, a crafty spy recruiter, and two of the first women she selects for Churchill's "secret army": Virginia Hall, a daring American undaunted by a disability and Noor Inayat Khan, a pacifist. These civilian women form an unlikely sisterhood while entangled in dangerous missions to turn the tide of the war.

These are all the movies I’d like to watch in 2021. Of course there’s no guarantee I’m going to watch…

Spy / assassin (loosely) films where the women actually have agency; a woman has to be the protagonist Yes these…