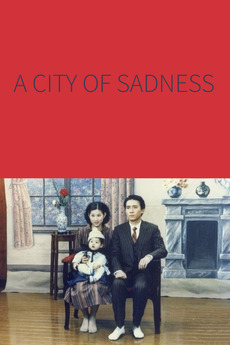 A City of Sadness
JustWatch

A City of Sadness

Soon after Japan relinquishes control of Taiwan in 1945, the Lin brothers face hardships from the changing culture. Bar owner Wen-heung, the eldest brother, falls foul of local gangsters, Wen-sun disappears, and Wen-leung, scarred by his experiences in the war, ends up in an insane asylum. Deaf-mute photographer Wen-ching, the youngest brother, decides to make a stand and fight the Kuomintang government from China that is assuming power.