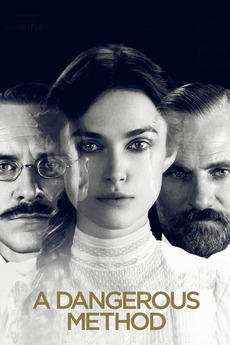 Why deny what you desire the most.

Seduced by the challenge of an impossible case, the driven Dr. Carl Jung takes the unbalanced yet beautiful Sabina Spielrein as his patient. Jung’s weapon is the method of his master, the renowned Sigmund Freud. Both men fall under Sabina’s spell.

“Beauty is desired in order that it may be befouled; not for its own sake, but for the…