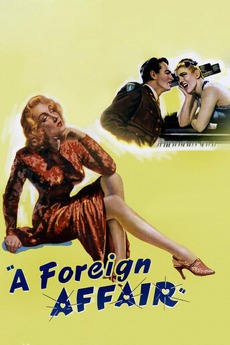 It would make a cigar store Indian laugh ...

In occupied Berlin, an army captain is torn between an ex-Nazi cafe singer and the U.S. congresswoman investigating her.