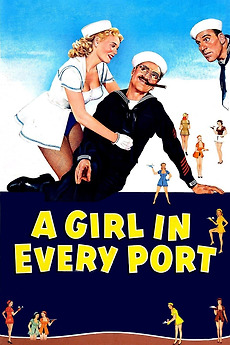 A Girl in Every Port
JustWatch

A Girl in Every Port

After two sailors are conned into buying a lame race-horse, they go ashore to sort out the problem, but when they realize that the horse is one of a pair of identical twins, their plan for revenge becomes more complicated.

Shameless Use Of Cleavage