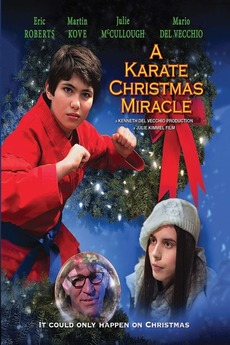 It could only happen on Christmas

After his father disappeared during a mass shooting on Christmas Day one year earlier, 10-year-old, precocious Jesse Genesis creates a "12 Days of Christmas List" of tasks. If he completes them all, including teaching himself to become a karate black belt, he believes his father will return on Christmas. Jesse's sophisticated, workaholic mother, Abby, believes her husband was lost in the shooting, but has a glimmer of hope through visions that Jesse reports to her. After Abby enlists the aid of an eccentric psychic-turned-law professor, a roller coaster thriller ensues, where the trio unravel a mystery that no one expected - and maybe, just maybe witness the delivery of a miracle that can only happen on Christmas.