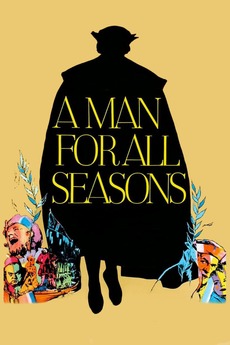 A Man for All Seasons

...a motion picture for all times!

A depiction of the conflict between King Henry VIII of England and his Lord Chancellor, Sir Thomas More, who refuses to swear the Oath of Supremacy declaring Henry Supreme Head of the Church in England.