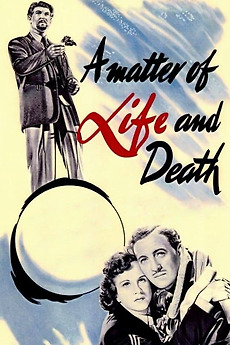 A Matter of Life and Death

Neither Heaven nor Earth could keep them apart!

When a young airman miraculously survives bailing out of his aeroplane without a parachute, he falls in love with an American radio operator. But the officials in the other world realise their mistake, and despatch an angel to collect him.