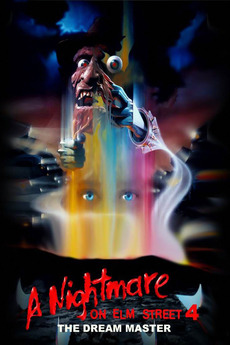 A Nightmare on Elm Street 4: The Dream Master

Terror beyond your wildest dreams.

Dream demon Freddy Krueger is resurrected from his apparent demise, and rapidly tracks down and kills the remainder of the Elm Street kids. However, Kristen, who can draw others into her dreams, wills her special ability to her friend Alice. Alice soon realizes that Freddy is taking advantage of that unknown power to pull a new group of children into his foul domain.