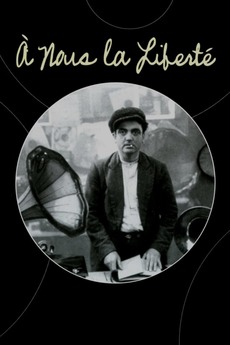 In this classic French satire, Louis, a convict, escapes from prison and takes on legitimate work, making his way up in the business world. Eventually becoming the head of a successful factory, Louis opts to modernize his company with mechanical innovations. But when his friend Émile finally leaves jail years later and reunites with Louis, the past catches up with them. The two, worried about being apprehended by police, long to flee the confines of industry.

Freedom for Us, Escape to Freedom, A Nós a Liberdade