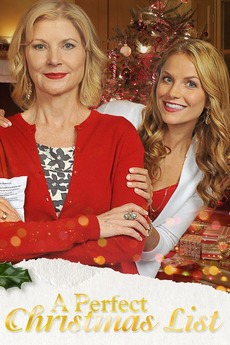 As a last wish, a recently hospitalized grandmother, Evie, tasks her daughter and granddaughter, Sara, with a list of festive accomplishments to do together before Christmas, hoping that the adventure of the experience will repair their relationship. Along the way, Sara discovers an unlisted Christmas adventure of her own.