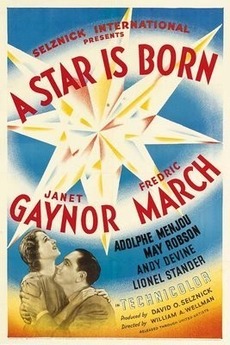 A Star Is Born
JustWatch

A Star Is Born

1937 Directed by William A. Wellman

Is the price of stardom a broken heart?

Esther Blodgett is just another starry-eyed farm kid trying to break into the movies. Waitressing at a Hollywood party, she catches the eye of alcoholic star Norman Maine, is given a test, and is caught up in the Hollywood glamor machine (ruthlessly satirized). She and her idol Norman marry; but his career abruptly dwindles to nothing.

Pretty much is here just to help those find cool/obscure films that are right there to be watched. Links will…