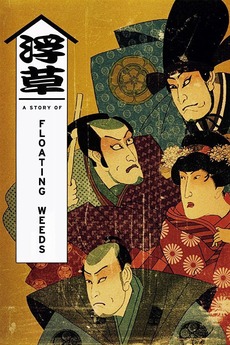 A Story of Floating Weeds

An aging actor returns to a small town with his troupe and reunites with his former lover and illegitimate son, a scenario that enrages his current mistress and results in heartbreak for all.