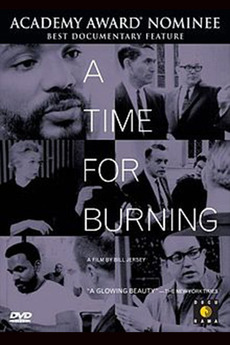 A Time for Burning
JustWatch

A Time for Burning

Explores the attempts of the minister of the Augustana Lutheran Church in Omaha, Nebraska, to persuade his all-white congregation to reach out to "negro" Lutherans in the city's north side.

Based on this New Yorker piece by Richard Brody. Listed in chronological order and includes short and feature-length documentaries.

The New Yorker lists all three Battle Of Chile films as one, thus the inconsistency between title and list…

A back alley view of great documentaries, avoiding the already-praised, and bringing forward the unsung.

Based on a New Yorker…