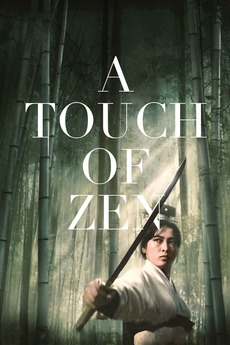 A Touch of Zen

Ming dynasty noblewoman Yang must escape from the evil eunuch Hsu. She seeks refuge at a decrepit town where she gets assistance from a naïve scholar and a group of mysterious yet powerful monks.