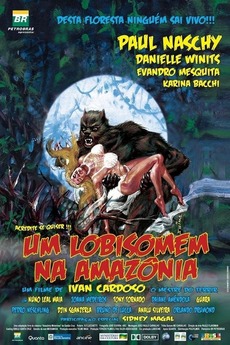 A Werewolf in the Amazon
JustWatch

A Werewolf in the Amazon

In search of a powerful hallucinogenic, five friends embark on a dangerous journey deep into the Amazon. But a bad trip isn't the only threat as they discover when they stumble across the hidden camp of the crazed Dr. Moreau and his murderous animal-human hybrid creations.

A hundred and more Brazilian horror features: the craziest, scariest, most unique, awesome, disturbing and, in some cases, virtually unknown.…