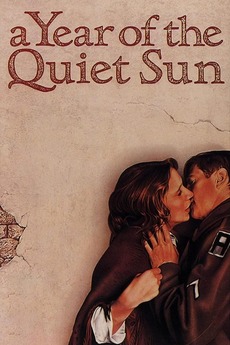 A Year of the Quiet Sun
JustWatch

A Year of the Quiet Sun

Shortly after World War II an American soldier (Norman) and a Polish refugee (Emilia) fall in love. Eventually he will return to the U.S. and both expect that she will soon follow him with her mother. Emilia's mother is sick, but will recover with the right medicine. But the mother, and not Emilia, knows that there will only be one ticket...