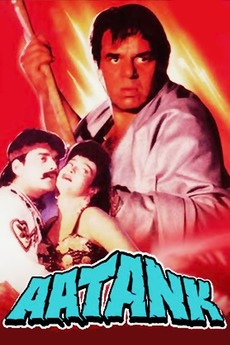 Jesu and Peter are childhood friends who live in a coastal village in India and depend on fishing as their livelihood. The community is oppressed by a powerful gangster named Alphonso. Jesu is an orphan, while Peter is brought up by his aunt and uncle, after the death of his mother. The community is all thrilled when Phillips finds black pearls off the coast. But then so does Alphonso, who asks his divers to get all the pearls, thus disturbing the ocean. Peter meets with Suzy D'Silva and they fall in love with each other, and get married. While enjoying a quiet swim on the sea-shore, Suzy disappears. A search is carried out, and a number of human body parts are recovered. With shock and horror, this community finds that their livelihood is being threatened by a gigantic, virtually indestructible man-eating shark.