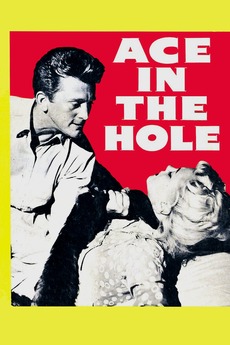 Rough, tough Chuck Tatum, who battered his way to the top... trampling everything in his path - men, women and morals !

A frustrated former big-city journalist now stuck working for an Albuquerque newspaper exploits a story about a man trapped in a cave to revitalize his career, but the situation quickly escalates into an out-of-control media circus.