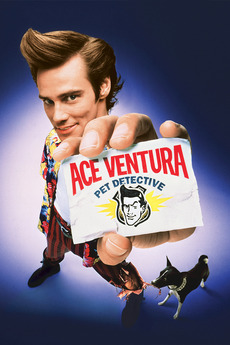 He's the best there is! (Actually, he's the only one there is.)

He's Ace Ventura: Pet Detective. Jim Carrey is on the case to find the Miami Dolphins' missing mascot and quarterback Dan Marino. He goes eyeball to eyeball with a man-eating shark, stakes out the Miami Dolphins and woos and wows the ladies. Whether he's undercover, under fire or underwater, he always gets his man… or beast!