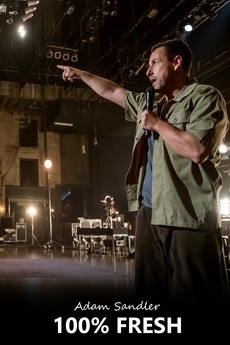 Adam Sandler takes his comical musical musings back out on the road, from comedy clubs to concert halls to one very unsuspecting subway station.

Gonna try to watch at least one movie every day in 2021. Any suggestions on what to watch are welcome.…