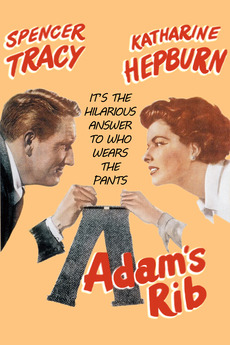 It's The Hilarious Answer To Who Wears The Pants!

When a woman attempts to kill her uncaring husband, prosecutor Adam Bonner gets the case. Unfortunately for him his wife Amanda (who happens to be a lawyer too) decides to defend the woman in court. Amanda uses everything she can to win the case and Adam gets mad about it. As a result, their perfect marriage is disturbed by everyday quarrels.