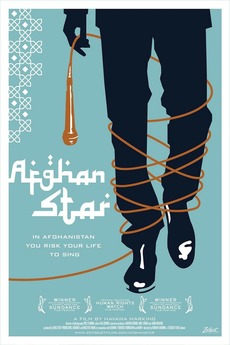 This documentary on the effect the talent competition "Afghan Star" has on the incredibly diverse inhabitants of Afghanistan affords a glimpse into a country rarely seen. Contestants risk their lives to appear on the television show that is a raging success with the public and also monitored closely by the government.