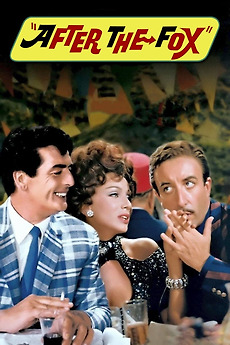 After the Fox
JustWatch

Watch your girl, guard your gold, hold your jewels ...the fox is loose!

Criminal mastermind 'The Fox' sets up a phony film production and masquerades as it's director as part of a plan to smuggle a stolen gold shipment into Italy.