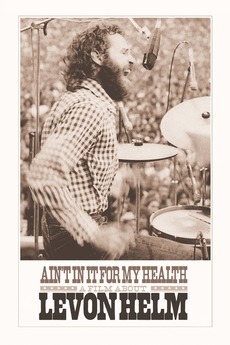 Ain't in It for My Health: A Film About Levon Helm

Starting with the image of a tour bus warming its engine in the stillness of an empty lot, this haunting, personal portrait of music legend Levon Helm evokes the mood of a lifetime spent on the road. Jacob Hatley's extraordinarily intimate documentary finds Helm, a founding member of The Band, at home in Woodstock in the midst of creating his first studio album in 25 years. The ultimate survivor, he's overcome drugs, bankruptcy, the bitter breakup of The Band and a bout of throat cancer -but then, as the rueful title indicates, he wasn't in it for his health