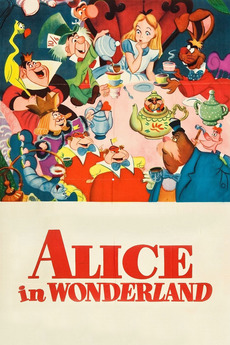 A world of wonders in One Great Picture

On a golden afternoon, young Alice follows a White Rabbit, who disappears down a nearby rabbit hole. Quickly following him, she tumbles into the burrow - and enters the merry, topsy-turvy world of Wonderland! Memorable songs and whimsical escapades highlight Alice's journey, which culminates in a madcap encounter with the Queen of Hearts - and her army of playing cards!