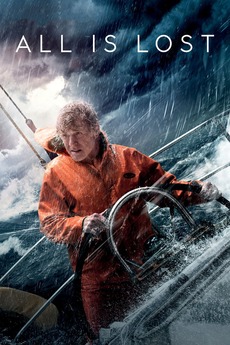 All Is Lost
JustWatch

During a solo voyage in the Indian Ocean, a veteran mariner awakes to find his vessel taking on water after a collision with a stray shipping container. With his radio and navigation equipment disabled, he sails unknowingly into a violent storm and barely escapes with his life. With any luck, the ocean currents may carry him into a shipping lane -- but, with supplies dwindling and the sharks circling, the sailor is forced to face his own mortality.