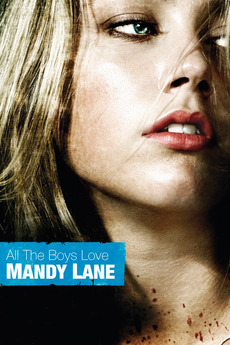 All the Boys Love Mandy Lane

Everyone is dying to be with her. Someone is killing for it.

Beautiful Mandy Lane isn't a party girl but, when classmate Chloe invites the Texas high school student to a bash in the countryside, she reluctantly accepts. After hitching a ride with a vaguely scary older man, the teens arrive at their destination. Partying ensues, and Mandy's close pal, Emmet, keeps a watchful eye on the young males making a play for Mandy. Then two of the students are murdered.