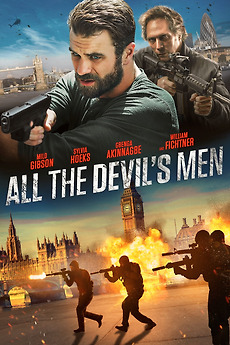 All the Devil's Men
JustWatch

All the Devil's Men

The world is a battlefield

A battle-scarred War on Terror bounty hunter is forced to go to London on a manhunt for a disavowed CIA operative, which leads him into a deadly running battle with a former military comrade and his private army.

Movies I've seen for the first time since getting sent home from college because of COVID-19. Subject to change until…

My watchlist for films available on Netflix

All movies that I watch for the first time in 2020.

Wherever there is action!

Firefights abound in these films; sustained gunbattles till the earth runs out of bullets. (Non war films)