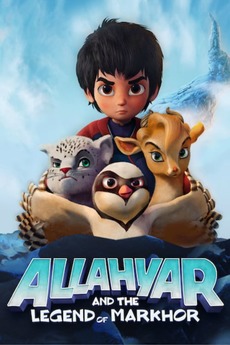 Allahyar and the Legend of Markhor

The story follows Allahyar, a young and mischievous boy who ends up dealing with circumstances he never thought possible. The movie aims to shed light on the preservation and illegal hunting of wildlife.

Allahyar & The Legend of Markhor