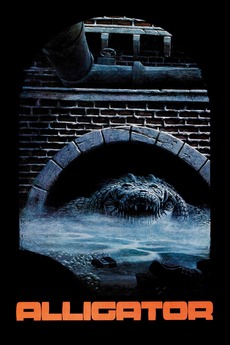 A baby alligator is flushed down a toilet and survives by eating discarded lab animals, injected with growth hormones. The now gigantic animal escapes the city sewers and goes on a rampage, pursued by a cop and a big-game hunter.