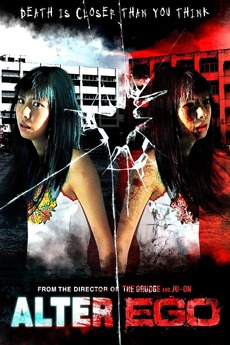 Death is closer than you think

Three aspiring young Japanese models are on their very first fashion shoot at an abandoned school one hot summer day. Without warning, strange events begin occurring around the set that causes the models and photo crew to question their sanity, as one by one they begin to die agonizing and painful deaths that are seemingly caused by none other than themselves.