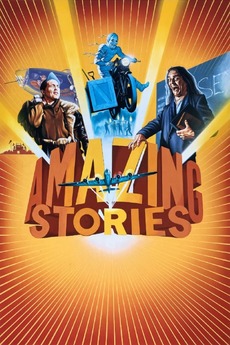 As one experience ends... another adventure begins.

A feature film edited from three episodes of Amazing Stories (1985): The Mission, Mummy Daddy and Go to the Head of the Class